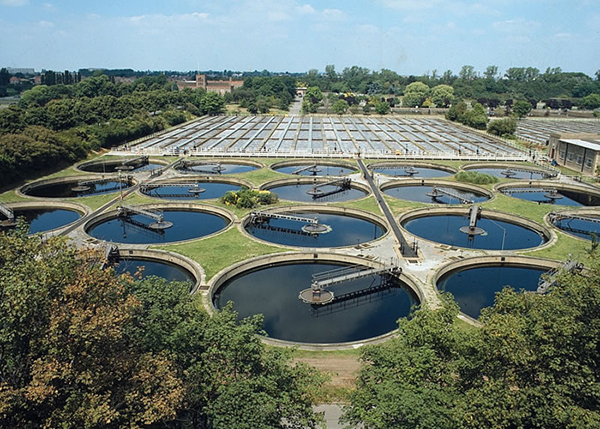 The onset of the next round of water utilities’ spending is set to boost workload in the sector.

AMP7 will run from 2020 to 2025 and water utilities are proposing a 15% reduction in leakage and £10 billion worth of extra investment to improve stringent environmental standards.

Ofwat chief executive Rachel Fletcher said: “We have challenged all water companies to deliver more for less for customers over the next five years.

Three companies have already stepped up to the mark with high-quality plans and stretching commitments to customers for the next five years.

“The rest of the sector now needs to meet this high standard so that customers across the country get better and more efficient services”.

As the old AMP 6 spending-round reached its conclusion, spending by water utilities has subsided but a handful of major water projects are still filtering through.

Galliford Try’s contract came through Southern Water’s AMP6 framework, but with those contracts trickling to an end Glenigan recorded an 8% fall in the underlying value of utilities’ project starts in 2018.

This fall is also reflected in Glenigan’s ranking for the construction industry’s top clients. The top spending utility in the 12 months to Q1 2019 is National Grid but no water utilities appear in the top 100 clients. 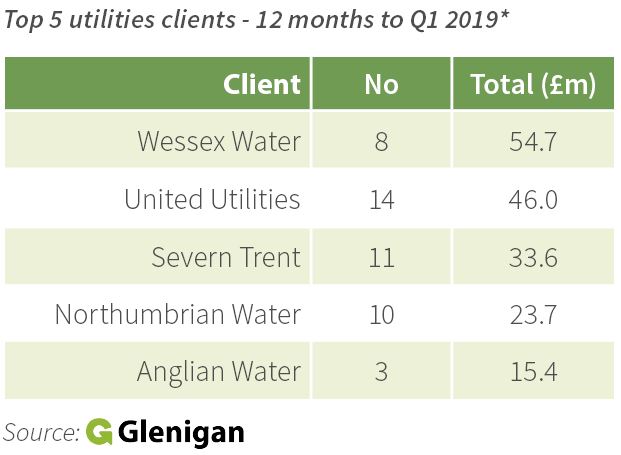 *1. Excludes framework agreements. 2. Clients need to have let three or more contracts valued at £250,00 or more for inclusion.

As business plans for AMP7 are resubmitted and frameworks commence next year, project starts should rise.

Glenigan’s construction market intelligence shows that work in the pipeline has already improved. There have been big rises in utilities work approved in the East of England and Scotland.

Major projects in the pipeline include the £45 million Water Trym Tunnel relief project in Bristol for Wessex Water. Northumbrian Water is in the midst of procuring a £36 million deal to repair its 16,000-km sewerage network in the North East (Glenigan Project ID 18358708).

Glenigan economics director Allan Wilén says: “Water industry work is expected to remain weak during 2019 as AMP6 draws to a close but the new programme, AMP7, will bolster workloads from April 2020.”