According to Savills “Q3 2020 saw a record £1.84 billion invested in UK Build to Rent, as strong occupancy and rental collection underscored the attraction of the sector.”

And the long-term appeal of the Build to Rent market has allowed the sector to remain strong during the COVID-19 pandemic. It was not affected by the construction downturn or economic climate in the way that other residential and commercial sectors were.

Not only is this good for investors, it’s good news for firms working in the sector too as it’s less likely to be affected by economic uncertainties affecting other sectors due to the downturn.

And, perhaps surprisingly, investment spans the whole country with more than 60% of Build to Rent homes on large schemes due to be built outside of London.

So if you’re looking for a safe haven to invest your time and energy in, the Build to Rent sector could well be it. And to help you understand the size of the opportunity we’ve analysed our data to identify the top 10 projects (by total project value) with a start date in 2021 to help you get started.

We can show you every Build to Rent project up and down the country - with all the relevant decision maker contact details of course - just request a free demo and we’ll be in touch to arrange a convenient time to show you.

The largest Build to Rent project due to start on-site this year, with a total project value of £500 million is the Millharbour Quarter on the Isle of Dogs in London (Project ID: 09341613), which is due to start on-site in August. The 6.4 acre scheme, which is being developed by Ballymore Properties will include; 1,513 homes, two new schools, 64,000 sq ft of commercial space, a theatre, a 20,000 sq ft children's play area, and 13,974 sq m of public realm. 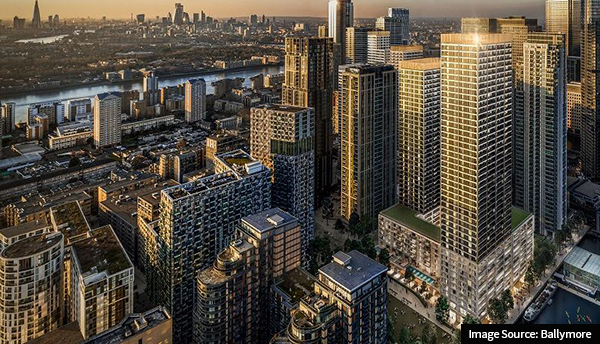 The second largest project is the £280 million Crisp Street Market scheme (Project ID: 16258983), just up the road from Millharbour Quarter, also in the Isle of Dogs. The project is due to start in May this year with Telford Homes as the main contractor. The scheme will comprise 649 new homes: 163 social rent, 37 shared ownership and 443 private-sale. The sale of the private homes will help fund regeneration works within the scheme including a new cinema, restaurants, two pocket parks, a new Sure Start centre, a large community hub, extended Idea Store, a restored and accessible Festival of Britain clock tower, and retail space. 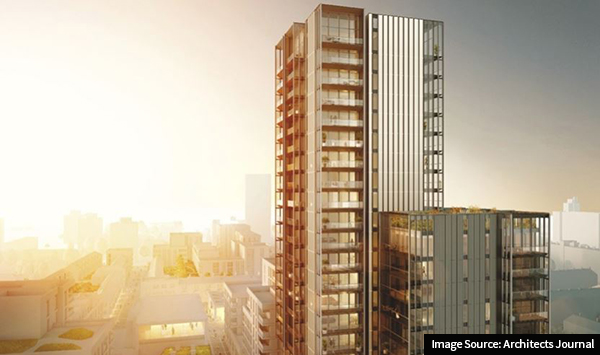 With a total project value of £260 million, the Great Charles Street Development in Birmingham’s Jewellery Quarter (Project ID: 20106291) follows closely behind the total investment in Crisp Street, and highlights that considerable investment isn't just focused on London. The scheme, due to start on-site next month, will transform a 2.6-acre brownfield site, undeveloped for over 50 years, into a dynamic new neighbourhood, including 722 BTR apartments and ground floor commercial units. 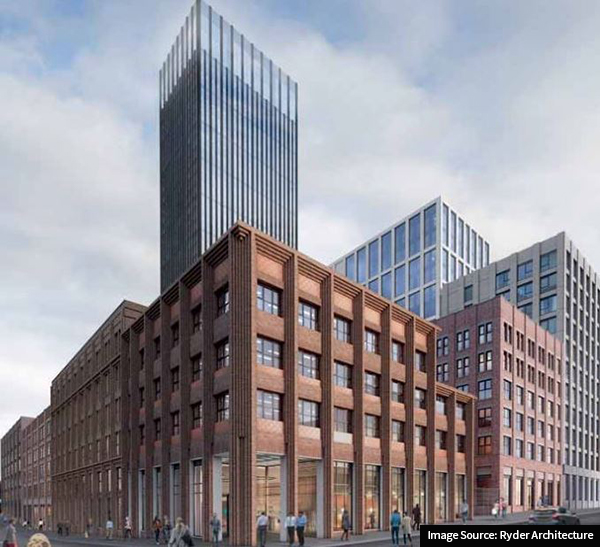 Back in London, the Merrick Road Development in Southall (Project ID: 16425482) has a total project value of £200 million. Designed by Cartwright Pickard, the development will deliver 571 new homes, 2,100m² of office space and 318m² of flexible commercial floorspace within four separate buildings of between 15 and 23 storeys with a 2-storey podium. The car-free development also includes 926 cycle parking spaces and two dedicated servicing bays on Merrick Road. The scheme is due to start on-site in September this year. 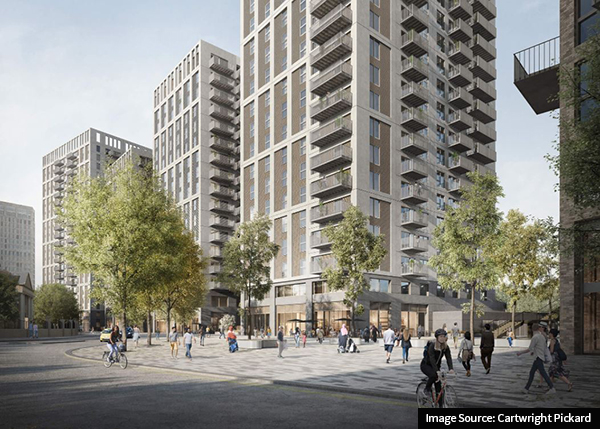 The redevelopment of Meadowbank is a major council led regeneration project which will deliver a modern sports centre with new homes and community facilities on the surrounding site. Work on the new sports centre is underway and is expected to complete in mid 2021. The residential aspect of the £100 million project (Project ID: 20111307) is due to start on-site in October this year. The masterplan will include 600 homes along with commercial and community premises such as a GP surgery. A minimum of 35% of the homes will be affordable with a majority of these as social rent. 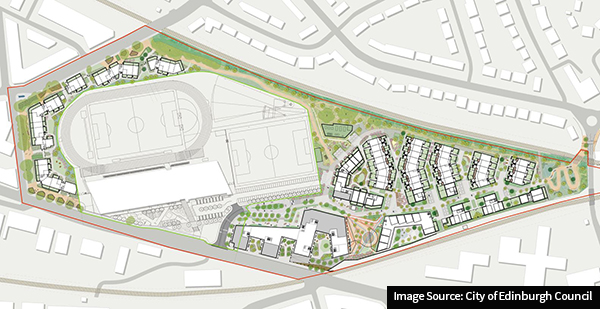 Another mixed use scheme for 217 apartments and office space is due to start in April this year in Windsor (Project ID: 10157144). The £100 million development has been designed to achieve BREEAM Very Good rating and will comprise of 92 one bedroom flats and 116 two bedroom flats, a cafe, and a five storey building to provide 16,389sqm of office floor space. 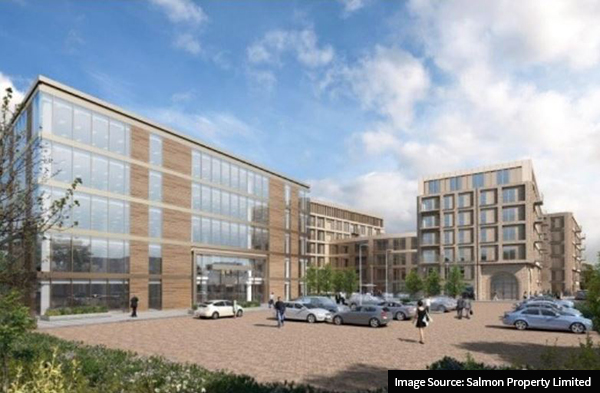 Another development designed to achieve a BREEAM Very Good rating is the £100 million scheme on Avenue Road opposite Swiss Cottage tube station in the London Borough of Camden (Project ID: 14110829). Wates have been appointed as main contractor and construction starts on-site next month. The scheme will deliver a 24 storey building comprising a total of 184 flats including 36 affordable homes and up to 1,041sqm of flexible retail/financial or professional or cafe/restaurant floorspace. 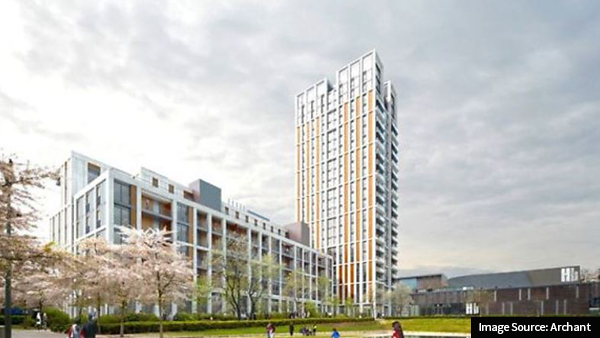 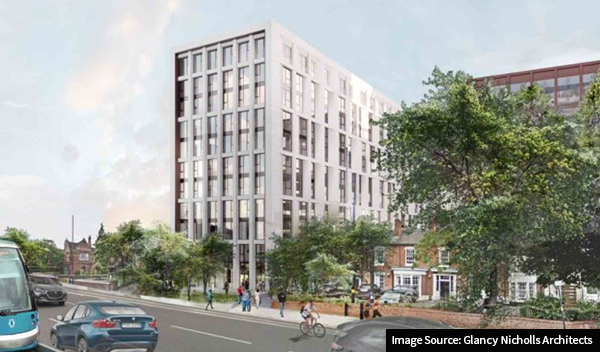 Winvic is due to start on-site next week on the £85 million Edgbaston Stadium scheme (Project ID: 17289537) which will provide over 370 new Build to Rent apartments on a site next to Edgbaston cricket ground. Commercial units will be on the ground floor including; retail, food and beverage and a gym. 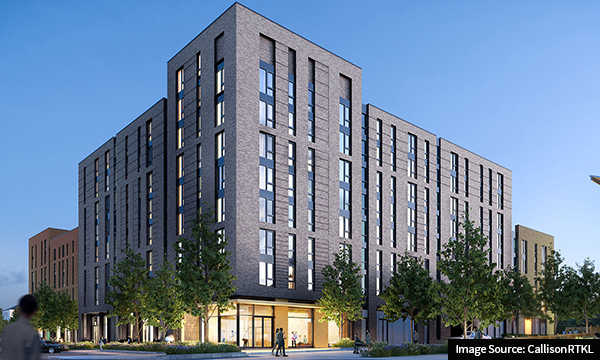 The £80 million Skyliner development in Edinburgh (Project ID: 18082212) will deliver 338 Build to Rent apartments over four apartment buildings with heights ranging from ten to fourteen storeys with commercial units on the ground floor. The project is due to start next month. 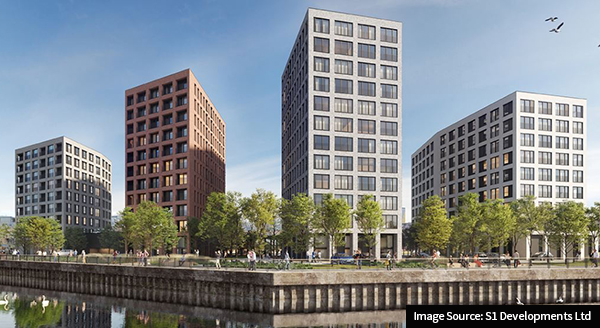 Glenigan customers can view all new and ongoing Build to Rent opportunities if part of their subscription.

Not a Glenigan customer but would like to take advantage of this growing sector? Please request a free demo where we can show you more details on projects of interest to your business.

Glenigan Index of construction starts to end of December 2020

Top 10 MMC construction projects to work on in 2021