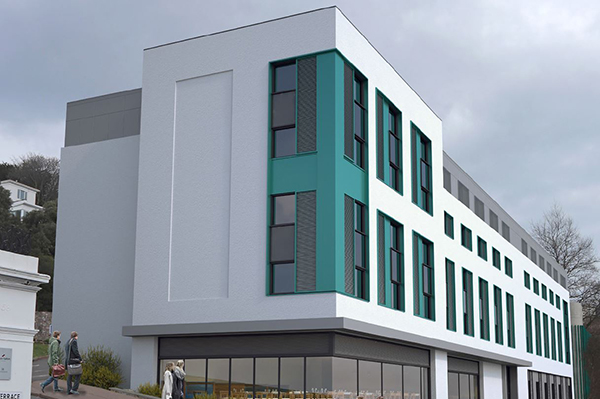 One bright spot where sunny days have continued for the industry since the summer is new hotel construction.

Developers of hotels have been encouraged by the prospect of the weak pound continuing to attract healthy levels of overseas visitors. Meanwhile, the collapse of Thomas Cook should reinforce the trend for British holidaymakers to stay closer to home.

According to the September Glenigan Construction Review, the value of new hotel project starts rose by 28% to £439 million in the three months to August, compared to the same period in 2018.

The construction pipeline in the sector also looks promising. Glenigan Construction data shows that across the hotel & leisure sector nationally, the value of underlying planning approvals (for projects less than £100 million) rose by 49% in the June-August period on the previous three months and was 29% up on a year ago.

Although the national picture is mixed, hotel & leisure approvals have continued to rise in key regions. In the seven months to July 2019, underlying planning approvals in the sector rose by 27% in London, by 57% in the West Midlands and by 68% in Yorks and Humber, compared to the period last year.

The construction workload in the sector received a boost in the capital over the summer when work started on The Raffles Hotel London, a £1 billion conversion scheme of the Old War Office in Whitehall. Ardmore is the main contractor on the huge redevelopment which involves some 125 beds/suites and where work is set to continue until late spring 2022 (Glenigan Project ID: 16379297).

Undeterred by political uncertainty, the budget hotel chains are continuing to invest in new construction, partly to appeal to the business market. Travelodge spent £12 million in the first half of 2019 in re-fitting over 2,600 rooms across 28 of its chain of UK hotels.

Expansion by the seaside

Travelodge is also expanding its presence around British coastal resorts and is looking for sites to build 26 new hotels in seaside towns in an investment of up to £165 million. The group is seeking to partner with local authorities and use surplus land for the new hotels as a way of boosting regeneration efforts and attracting more visitors.

Travelodge UK development director Tony O Brien, says: “We are seeing the rebirth of British seaside resorts and coastal towns as a result of Britons changing holiday habits…..we are looking to enter new markets and extend our network of coastal location hotels so that we can offer more choice and greater value to the modern leisure traveller.”

Rival hotel chain Premier Inn is also expanding by the coast. Glenigan Construction Data shows that construction work is set to start later this month on a new £11 million, 120 bed hotel and restaurant at Torquay Harbour for the hotel chain. Midas Construction is the contractor on the scheme which will continue for 11 months (Glenigan Project ID: 19112650).

Meanwhile, Premier Inn is also building a new four-storey £4 million hotel at Newquay in Cornwall where work is set to continue until early in 2020 (Glenigan Project ID: 17389413).