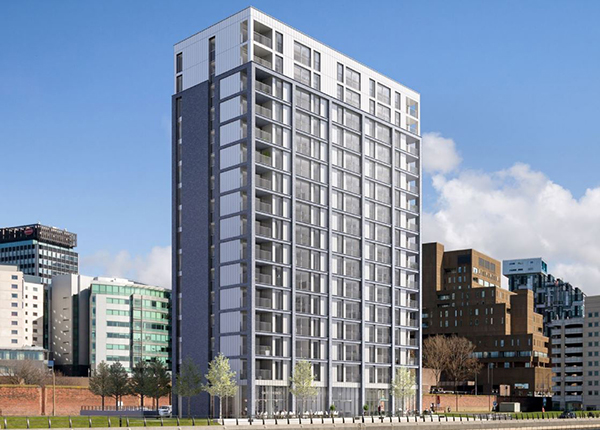 One area of the new housing market which seems untroubled by Brexit is build to rent (BTR). The sector is continuing to gain momentum with more schemes in the regions creating a growing number of build to rent construction opportunities for contractors.

Recent research from Savills underlines the strength of the sector. It shows the total number of new BTR units completed, under construction or in a long term planning pipeline in the UK stood at 139,500 as at the fourth quarter of 2018. This was up 22% on a year earlier.

With many younger householders opting to rent rather than buy, the sector is continuing attract heavy institutional investment. Big regional cities such as Manchester, Birmingham and Leeds are seeing significant increases in build to let activity. Today, there are more BTR units under construction in the regions (around 24,000 in the first quarter of 2019) than in London.

BTR projects are becoming larger; whilst the average size of schemes already completed in the sector is 133 units, the average development now under construction has 240 units. Most schemes in the sector involve over 100 units and large players in the sector such as Get Living and Criterion Capital are working on BTR schemes typically with over 700 units. Savills identifies 12 landlords with pipelines of over 2,000 BTR units, whilst the largest - Quintain, L&Q, Sigma Capital and Get Living - each have pipelines of over 4,000 units.

The growth potential for BTR in the regions was highlighted by plans unveiled earlier this month by L & Q, a housing association often described as London’s largest landlord. It plans to invest some £4 billion to build 20,000 new homes in the North West over the next decade, through the acquisition of Trafford Housing Trust.

But BTR activity will also remain significant in the capital. The quoted rental landlord Grainger plc was chosen by Transport for London earlier this month as its preferred bidder for a partnership which involve the construction of 3,000 new homes across eight seed sites in London. Around 40% of these will be affordable homes and the rest mainly for private rental.

Schemes in the pipeline

Glenigan Construction market analysis highlights the scale of build to rent development schemes in the pipeline. At Liverpool Waters, construction work has started in recent weeks on a £21 million BTR development for Peel Ports involving 105 flats and where work is set to continue for 20 months (Glenigan Project ID: 17011988).

Meanwhile, in Swiss Cottage, north London, plans by Essential Living have recently been approved on appeal for a £85 million BTR scheme involving 184 flats and a community centre and retail units. Bills have been called and work is set to start this summer and continue for 30 months (Glenigan Project ID: 14110829).

Build to rent is also being combined with other forms of tenure on new developments. At Hyde in Greater Manchester, tenders have recently been returned on a £17.5 million scheme for Onward Homes involving 86 new build homes for rent and sale alongside around 90 sheltered units. Construction is set to start this summer and continue for 24 months (Glenigan Project ID:19112234.)