More than £15 billion-worth of renewable projects have secured planning permission in the past year with the bulk made up of proposals for new wind farms. 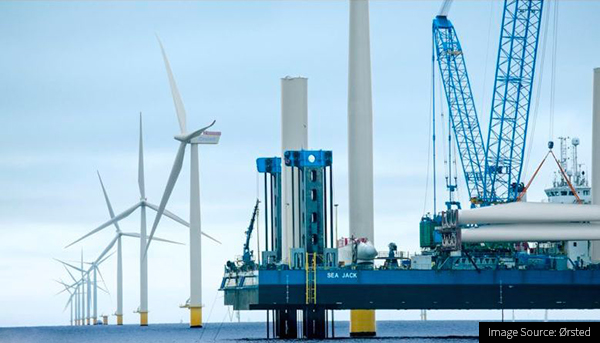 Glenigan's construction information research identified 801 renewable projects granted planning permission in the 12 months to July 2022 and 180 were wind farms with a total value of £12.3 billion.

“The government’s British Energy Security Strategy, announced in April 2022, set out an ambition to increase offshore wind capacity to 50GW by 2030; enough to power every home in the UK.

“The sector was already boosted by the commencement of the Sofia Wind Farm expansion in 2021 (Project ID: 19144506), but other major projects such as Dogger Bank (Project ID: 12391584) and Hornsea Three (Project ID: 16095470) could also boost sector activity should they commence on-site as hoped.”

Yorkshire & the Humber has the £3.5 billion Hornsea Project Three scheme and the £3 billion Dogger Bank project, but the largest number of approved renewable energy schemes are in Scotland.

Renewable Projects with Planning Approval in 12 Months to July 2022

There are currently six Scottish offshore wind farms in operation valued at £889 million and research from Scottish Renewables shows that projects to deliver another 16 Giga Watts of capacity are in the pipeline.

Glenigan has identified 67 Scottish wind farm schemes worth a total of £2.5 billion granted planning over the past year. The biggest scheme is the £2 billion Seagreen Charlie Delta Echo (Project ID: 17065248).

The remaining £731 million-worth of renewable projects in Scotland are 43 battery storage schemes and 20 solar developments with the remainder some form of associated works.

However, 44 of the renewable schemes in East Anglia given planning permission in the last 12 months are solar developments. These schemes are worth £139 million.

The Burwell Solar Farm (Project ID: 19400133) is valued at £34 million and will meet the average annual domestic electricity requirements of up to 9,500 households, but 39 of the approved East Anglian solar projects are much smaller and valued at £1 million or below.

Many of the projects with planning are starting to move through the procurement cycle and Glenigan’s market research has identified contracts awarded on 184 wind farms schemes worth a total of £13.7 billion.

With contracts awarded to Innogy on the Sofia Wind Farm and Aibel on Dogger Bank, the North East is seeing the most amount of work by value.

The largest number of schemes with a contractor attached in the last year are in Scotland. Mainstream Renewable Power are the management contractor on the £1.4 billion Neart Na Gaoithe Wind Farm in the Forth Estuary (Project ID: 12018666), while Viking Wind Energy has the same role on the £580 million Luggies Knowe Wind Energy scheme (Project ID: 11288527).

With a host of wind farm projects blowing through the system, this sector looks set to provide significant opportunities in the future.

Glenigan customers can see details of all new renewable energy construction work if part of your subscription.

Not a Glenigan customer, but would like to see detailed sales leads for all new renewable energy construction work? Request a free demo of Glenigan today so we can show the size of the opportunity for your business.