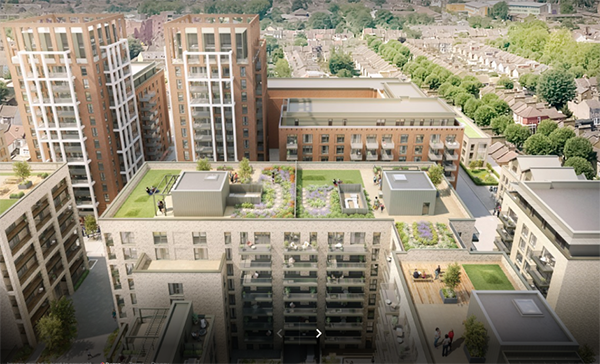 The swathes of land government acquired for residential development by Homes England offers “huge opportunities” says the head of the regeneration agency.

Over the last four years, Homes England has acquired more than 70 sites from the NHS and also signed a new memorandum of understanding with the Ministry of Defence and Defence Infrastructure Organisation.

“The MoD and DIO are looking to relocate on 90 sites over the next few years,” says Stephen Kinsella, the chief land and development officer at Homes England. “There will be huge opportunities.”

As part of the MoD agreement, Homes England will work as a project partner on an initial seven MoD sites as the agency becomes more proactive as part of a restructure.

In 2018/19, Homes England supported the completion of 40,289 new homes and funded enabling works for around 35,000 homes. Mr Kinsella says more needs to be done to help the industry meet the government’s target of delivering 300,000 new homes a year.

“Unless we do something about housing supply and intervening in the market, it’s going to get worse,” said Mr Kinsella at the Housing Market Intelligence conference in London.

He added: “We need to unlock large sites. In certain cases, sites are stalling.
“Burgess Hill [in West Sussex] is a good example as there was a large amount of housebuilders there and no chance of them coming together to equalise the infrastructure problem, so we bought the housebuilders out.”

Homes England is now directly funding a £63 million package of infrastructure work on the site’s northern arc, which will deliver 3,500 homes.

AECOM was recently appointed lead consultant and Glenigan’s construction market intelligence shows that a £9 million package for a bridge and road is due to be awarded imminently (Glenigan Project ID: 19062158).

Work in the pipeline

The agency has 600 projects at all stages of the development cycle. This includes a dozen major strategic sites, such as the Upton Lodge development at Hardingstone near Northampton. Morris is building the first tranche of a development that will eventually provide 2,200 new homes (Glenigan Project ID: 18115381).

Mr Kinsella added: “Our job is to secure a consent, deliver enabling work and get the market onto the land to deliver new homes.”

Over the next 18 months, Homes England will sell around 180 sites and expects to invest £300 million in infrastructure in 2019.

In addition to funding infrastructure, Homes England will also break up large strategic sites to help the ever-diminishing number of small-to-medium-sized housebuilders get a stronger foothold and increase development.