The underlying prospects for the social housing sector are improving after a number of funding and framework agreements were made over the summer.

Homes England chose 66 companies as preferred partners for its new Delivery Partner dynamic purchasing system in the agency’s largest procurement exercise to date. The deal will produce £20 billion-worth of spending on affordable housing delivered by developers and contractors (Project ID: 21235829).

Stephen Kinsella, Chief Land and Development Officer at Homes England, said: “This marks a significant step forward in the way we work with developers to build homes.” 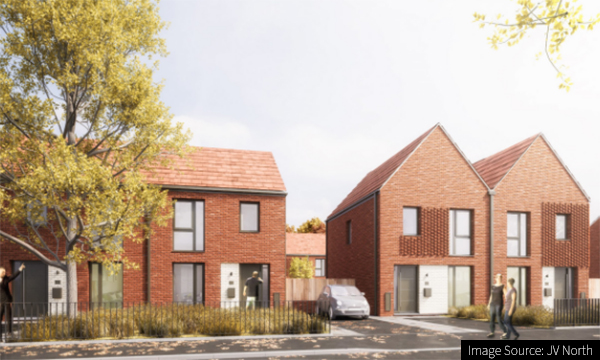 In August, a £560 million framework was also agreed by JV North – a group of 13 housing associations and local authorities from Northern England - to build 4,000 homes over the next four years in the region with 17 contractors appointed (Project ID: 21159352).

Over the next five years, 29,456 homes will be delivered by councils and housing associations after the Mayor of London secured £3.46 billion from the first round of bidding for the next five-year affordable homes programme.

Clarion received the biggest grant, totalling £240 million. London boroughs will also deliver housing such as Barking & Dagenham, which will receive a grant of £171 million.

The Top 10 housing associations have awarded £1.1 billion-worth of construction contracts in the 12 months to Q3 2021 to build social housing according to Glenigan’s research.

Work in the pipeline

The leading RSLs are also pushing ahead with procurement for major developments.

Glenigan’s market research shows that the Guinness Partnership is currently procuring a contractor for a £26 million redevelopment of a former Matalan site in Stevenage to build 526 homes (Project ID: 06481276).

Notting Hill Genesis is also in the midst of procuring a contractor to build the £35 million Saxon Wharf scheme to deliver 145 homes in Greenwich, south London (Project ID: 17380397).

Peabody is at the same stage on its £16 million St Olave's in Southwark, central London, where work is expected to start on-site early in the New Year (Project ID: 19216243).

Social housing work looks set to deliver a steady supply of new work to the construction industry over the coming months and years.

Not a Glenigan customer, but would like to see detailed project information for every social housing construction opportunity in the UK? Request a free demo of Glenigan today so we can show the size of the opportunity for your business.

Glenigan Index of construction starts to end of October 2021

2021 Autumn Budget: What it means for construction