Positive signs are emerging for the pipeline of construction work in London.

Glenigan’s construction market research shows that the underlying value of detailed planning approvals in the capital rose in six of the 11 sectors in Q2 compared to the same period a year earlier.

Although the overall value of work at an underlying level, which is projects worth below £100m, fell, there was an increase in both civil engineering sectors and four building sectors.

The biggest increase in projects getting the green-light at the planning stage was in the hotel & leisure sector. 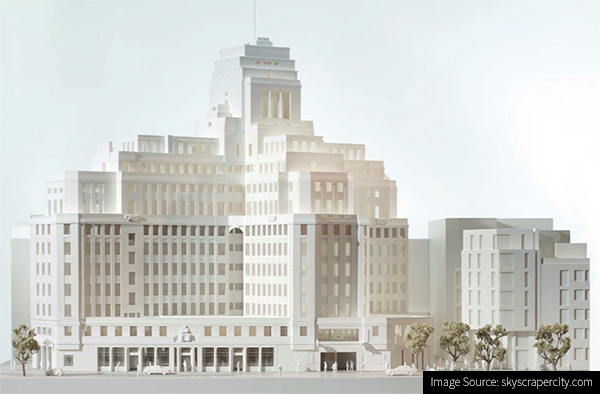 The pipeline of approved social housing work leapt 40% in Q2 2022. This rise was bolstered by an increase in student accommodation, which falls within this sector.

Developments moving through the system include the £74.5 million Jubilee House scheme to provide 716 student beds in a 36-storey building in Newham (Project ID: 21315524). Glenigan’s analysis shows a contractor has yet to be appointed but work should start in November.

There was also £798 million-worth of office schemes securing planning permission in Q2. This is 10% ahead of the same period a year earlier. 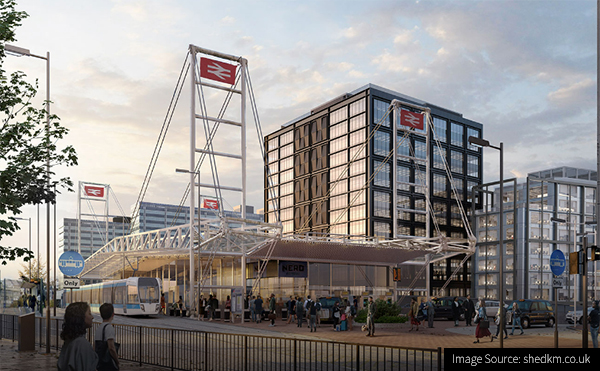 Schemes approved in Q2 include the £57.2 million 14-storey 3 Ruskin Square office block adjoining East Croydon Station, where work is due to start this Autumn (Project ID: 15110011).

Health work securing approval rose 35% and projects are moving to a start, such as a £25 million healthcare facility at Royal College Street in Camden, which contractors are currently bidding for (Project ID: 20120887).

The biggest rise in approved work was in major infrastructure schemes (over £100 million), including a £1.2 billion heat and power scheme at Enfield (Project ID: 16093596), which the UK arm of French contracting behemoth VINCI has won the contract to build.

Larger schemes are providing a lifeline to the capital’s construction industry. Contracts have been awarded on 31 projects valued at over £100 million in the last year.

VINCI has won the most work in London and the 10 leading contractors have won £6.5 billion-worth of work in the capital over the 12 months to Q2 2022.

The next largest scheme where a contractor has been appointed in the last year is the £500 million West Cromwell Road Development, where Ardmore has started work on this scheme to provide 462 flats (Project ID: 18370793).

Lendlease is lined up for a £400 million redevelopment of the old ITV television studios on the South Bank in Lambeth (Project ID: 09140477). However, before he was sacked last month, the Secretary of State for Levelling Up, Housing and Communities Michael Gove issued a notice preventing demolition as calls grew for a public inquiry into the plans.

While some obstacles to a major revival of London’s construction industry remain, there are sufficient positive signs to warrant confidence during the current wider economic uncertainty.

Glenigan customers can see details of all new construction work in London if part of your subscription.

Not a Glenigan customer, but would like to see detailed sales leads for all new construction work in London? Request a free demo of Glenigan today so we can show the size of the opportunity for your business.