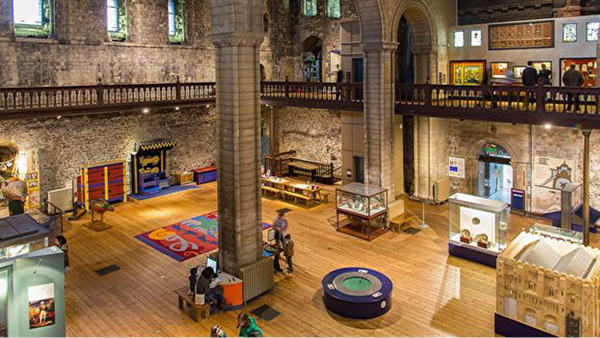 News that the government’s department for digital, culture, media and sport has sanctioned extra spending worth £44 million to maintain the UK’s major national museums and galleries bodes well for museum construction.

The extra investment will be welcome in a sector which has seen some lean years over the past decade as public spending cuts have hit capital budgets for museum construction. But it also highlights the growing opportunities for contractors as public and private authorities come under pressure to invest more in maintaining and expanding museum buildings.

The government is reported to be funding an extra £12.5 million for repairs to the Grade 1-listed British Museum over the next two years, partly to improve fire safety. Meanwhile, a £2 million office alterations project at the British Museum’s building at 38 Russell Sq is set to start early in 2020 with Forcia appointed as the fitting-out contractor (Glenigan Project ID: 18331687).

These projects are a foretaste of what could be a huge scheme involving the modernisation of the 3,000 rooms at the museum’s Gt Russell St building under the £4.1 billion British Museum Major Refurbishment (Glenigan Project ID: 17244668).

These extra projects will add to a growing work pipeline in the museum sector nationally. Glenigan Construction data shows that Norfolk County Council is seeking a contractor with experience in working on Grade 1 listed buildings for a two year, £8 million contract at Norwich Castle Museum.

The work will form part of a £13.5 million refurbishment scheme on the Gateway to Medieval England Castle Keep Development. Work on the scheme, where the main funder is the Heritage Lottery Fund, is set to start later this year (Glenigan Project ID: 16263960).

Further north, a £1 million redevelopment of York Castle Museum is also at the pre-tender stage with work set to start in early 2020 and last for seven months (Glenigan Project ID: 19053118).

In Scotland, BAM Construct UK has recently been appointed as the main contractor on a £7 million refurbishment contract for Perth Museum and Art Gallery with work set to start in the autumn and run for 24 months (Glenigan Project ID: 17038937).

Amongst the major national museums in the capital, recent controversy has centred on rising costs at the new Museum of London – now budgeted at £332 million - where plans are to be submitted later this year and construction work is expected to start in summer 2021 (Glenigan Project ID: 04234310).

Meanwhile, tenders have recently been returned on a £10 million early works package for the new Museum of London project in West Smithfield (Glenigan Project ID: 19007113).

Other less ambitious projects are also progressing in the pipeline. At the Imperial War Museum in Southwark in London, plans have recently been approved for a £3.3 million development involving a new three-storey building and landscaping. The scheme is at the pre-tender stage with work set to start in the autumn (Glenigan Project ID: 17308096).

The Victoria & Albert Museum is also emerging as a significant construction client. A £13.5 redevelopment for the V&A Museum of Childhood in east London is at the pre-tender stage with work expected to start next Spring (Glenigan Project ID: 18263721).

Elsewhere, phase 1 of a £2.25 million refurbishment of the V&A’s main museum base in Kensington is at the pre-tender stage and is set to start later this year (Glenigan Project ID: 18243098).