Major health projects are starting to move through the procurement pipeline as a funding fillip from the government’s latest Spending Review begins to have an impact.

The government promised an extra £4.2 billion in capital spending over the current Parliament to build 40 new hospitals and upgrade more than 70 hospitals by 2030.

“Reaction to the pandemic lifted project-starts during 2020 and early 2021 and a 3.8% real-term growth rate in NHS capital funding is set to lift project-starts further between 2022 and 2023.”

Glenigan expects growth of 5% in 2022 and 4% in 2023 with major health projects expected to provide a significant impetus.

In the aftermath of the Spending Review, a swathe of major health projects were given the green light at various stages of the construction cycle according to Glenigan’s industry research. 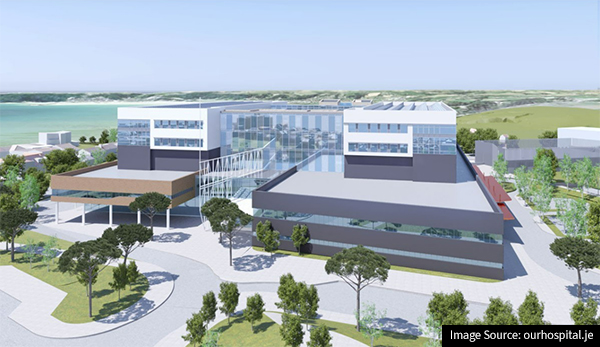 A consortium including local contractor ROK and Spanish giant FCC has been named preferred bidder to design and build a £466 million new hospital in Jersey (Project ID: 16216255).

Graham will start work in the New Year on the £40m second phase of West Cumberland Hospital’s planned redevelopment in Whitehaven after Copeland Borough Council granted planning permission for the plans (Project ID: 20315559).

Willmott Dixon has been confirmed as contractor on a £14.5m scheme to extend and refurbish Luton and Dunstable University Hospital’s emergency department (Project ID: 20377794).

Kier is also eyeing up a £36 million scheme to build a 120,000 sq ft eye infirmary at South Tyneside and Sunderland NHS Foundation Trust’s Vaux West site after being appointed preferred bidder (Project ID: 21120575). Once the contract is signed, work could start in the spring.

There was a 32% surge in the value of planning approvals for health construction projects last year according to Glenigan’s analysis. Approvals were also up by 9% in the year to October 2021, but some health projects are encountering obstacles as they move from planning to a start on site. 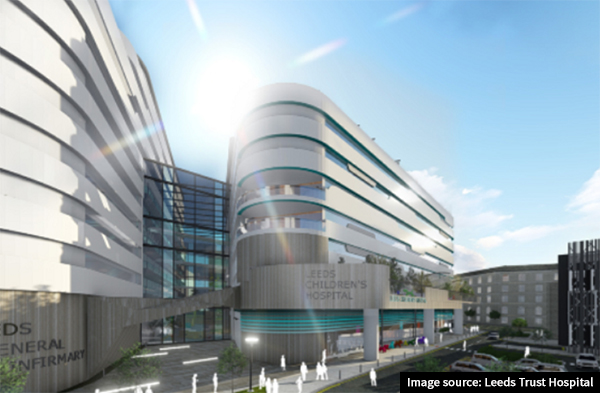 Leeds Teaching Hospitals NHS Trust has brought in new architects for its proposed £600 million children and adults hospital at the site of Leeds General infirmary (Project ID: 18366238). BDP has been replaced by the Perkins & Will team, led by Penoyre & Prasad with Schmidt Hammer Lassen.

As trusts procure major projects, some delays are likely and the underlying value of health construction project starts are expected to have fallen by 7% in 2021 according to Glenigan’s market analysis.

However, Glenigan forecasts a 5% rebound in 2022 and major construction companies are planning for this increase. Mace Construct and Willmott Dixon Construction have formed a consortium to jointly target projects in the hospital-building programme.

This comes as Department of Health procurement chiefs consider whether to adopt a select contractors list to deliver major new hospitals. Once decided, spending in this area is likely to accelerate.

Not a Glenigan customer, but would like to see detailed project information for every health sector construction opportunity in the UK? Request a free demo of Glenigan today so we can show the size of the opportunity for your business.