HS2 Phase 2a – levelling-up opportunities on and off the line 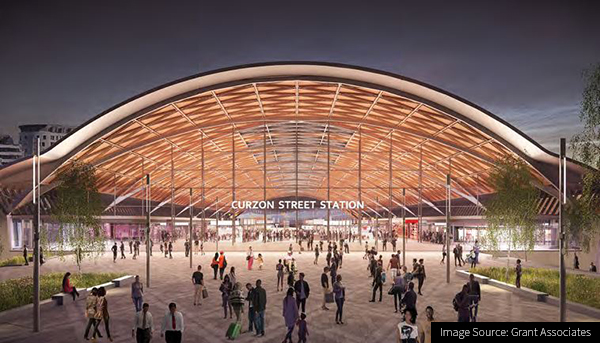 HS2 Phase 2a will extend the high speed rail line north, from Birmingham to the new HS2 Superhub station at Crewe. The project received Royal Assent on 11th February this year, cementing in law the government’s commitment to bring the new high-speed railway to the north.

Building the £14 billion HS2 Phase 2a (Project ID: 12016346) line itself will create 5,000 jobs HS2 says, but it’s the wider employment opportunities that the scheme could create, away from the actual line, which should silence any doubt about the government's claim that HS2 will help to level-up the country.

Opportunities on the HS2 Phase 2a line

As HS2 says, 5,000 jobs will be created on the actual line, with many of them involved in the following:

Opportunities off the line

Opportunities off the main HS2 Phase 2 line will also turbocharge the economic recovery from the COVID-19 pandemic as it brings forward 175,000 new jobs and generates some £20 billion investment says the recently published Midlands HS2 Growth Strategy 2021: The Defining Decade – The Midlands high speed path to recovery report from the West Midlands Combined Authority.

The report goes on to describe how the West Midlands will be transformed in the next decade, highlighting that by 2030 the region will have two new world class, high speed rail stations; Curzon Street (Project ID: 17142804), and Birmingham Interchange station (Project ID: 17142809) which will be accessible by two million people.

Considerable investment is being made around the new stations with new housing and commercial developments drawn by the promise of increased prosperity for the areas around them.

The Curzon Street station development promises to reshape a large part of the city centre with plans being approved for the £51.9 million development of 802 private residential units, student accommodation, office and commercial space (Project ID: 19163726). The project is currently on hold, but an update is expected by mid-summer.

The Birmingham Interchange station, which will improve access to the Midlands, including Birmingham International Station, the NEC and Birmingham Airport will bring with it even more opportunity. Major regeneration plans around the site – led by the Urban Growth Company – will support 70,000 new and existing employment opportunities, 5,000 new homes and 650,000 m2 of commercial space.

And let’s not forget the £1.5 billion investment to extend the West Midlands Metro network by approximately 34km across the region.

Five large Metro line extension projects will take up the majority of the investment, but again, each is expected to create a halo effect around them, attracting even further investment in residential, commercial and retail space.

One such project is the £450 million Wednesbury to Brierley Hill Metro extension (Project ID: 3181631). Due to open in 2025, the new 11km line will extend the already successful Metro service further into the region, providing convenient interchanges with local bus and rail services. 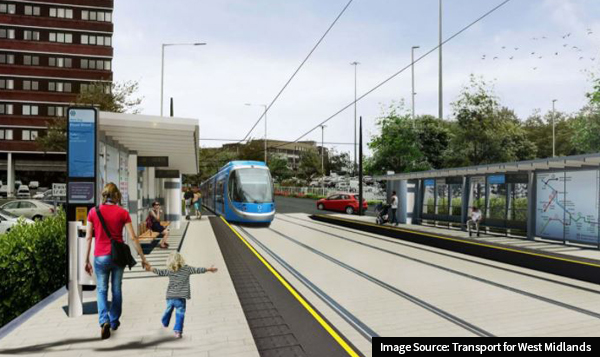 The new line will act as a catalyst for a new housing development & regeneration framework (Project ID: 19401329), and is expected to be a “trigger for almost one million sq ft of commercial space and the creation of over 30,000 new jobs in the area” says Midland Metro Alliance.

So, putting aside the controversy that HS2 and the new Phase 2a line regularly experiences in the press, the main project and its associated halo effect will have a huge impact on the Midlands, and will undeniably help with the governments continued pledge to level-up the country.

Glenigan customers can view all new and planned HS2 and HS2 Phase 2 infrastructure construction opportunities if part of their subscription.

Glenigan Index of Construction-Starts to End of March 2021