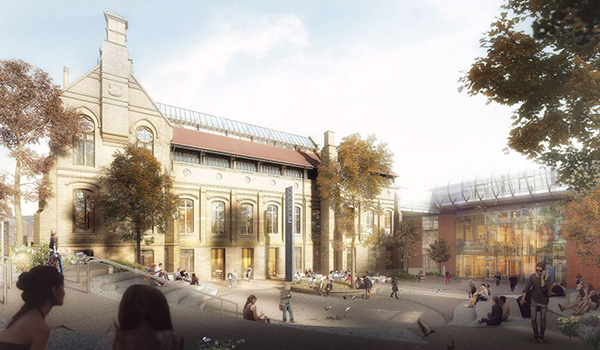 The government’s recent pledge to inject £95 million into historic high streets across the country has underlined the potential for heritage buildings construction opportunities.

Under the High Streets Heritage Action Zones scheme, 69 high streets in towns across England will be revived by what the government says is its biggest-ever single investment in the UK’s built heritage.

Smaller and specialist refurbishment sub-contractors should benefit from the scheme’s emphasis on making essential repair works to historic buildings and restoring shop-fronts and façades. The initiative also aims to encourage investment in training in specialist heritage fields such as stonemasonry and conservation.

A report for Historic England published last year concluded that construction was the largest constituent industry in the heritage sector, generating work with a gross value of some £6.64 billion in 2016 and accounting for slightly over half of the total economic impact of the sector.

Today, the prospect for more capital spending by the major heritage agencies in the UK bodes well for construction opportunities in the sector.

As part of new financing arrangements up to 2022/23, English Heritage has been given a one-off £80 million grant which has been earmarked for dealing with urgent conservation defects on its estate of sites and monuments (work worth £52 million) and new commercial investments such as visitor centres and infrastructure (£18 million).

One recent scheme in the headlines has been English Heritage’s restoration of the footbridge at Tintagel Castle in Cornwall, which is part of a larger £5m programme of works to improve footpaths around the site.

In London, English Heritage is planning a £6 million development to revive Marble Hill House and Park in Twickenham, creating an attractive public space in the capital. As part of the scheme, work is set to start later this year on £2 million of conservation works to a Palladian Villa on the site where Universal Stone is the main contractor (Glenigan Project ID: 19319314).

Projects in the pipeline

Glenigan Construction Data highlights a series of other significant heritage-related construction projects which are in the pipeline across the country.

English Heritage is set to appoint an architect for a £7.5 million refurbishment of Dover Castle which is set to start early next year and continue for 25 months and which is currently at the pre-tender stage (Glenigan Project ID: 19301209).

In Oldham, Interserve Construction has recently been appointed as the main contractor on the £16 million Oldham Heritage & Arts Centre Redevelopment which is an adaption of a former library and art gallery. Construction work is set to start at the end of this year and continue for 12 months (Glenigan Project ID: 13180739.

Meanwhile, in Wales there is a major heritage scheme in the pipeline in Merthyr Tydfil, home to some of the country’s largest and earliest ironworks. The county borough council is looking to appoint a design-led team for a masterplan for a £50 million project to develop the industrial heritage of the Cyfarthfa Estate and other historic assets. A planning application is yet to be submitted but work could start next Spring (Glenigan Project ID: 19116125).