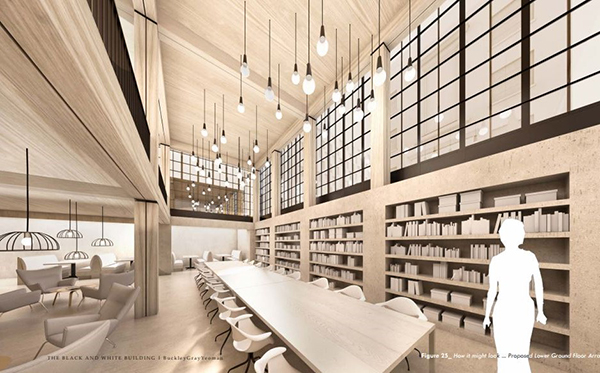 The recent postponement of workspace provider WeWork’s planned stock market floatation should not detract from the spectacular growth of the flexible office sector and the opportunities it creates for flexible office construction work from fitting-out and renovating space.

A recent report, Coworking 2019 – The UK Flexible Evolution Continues from agents Cushman & Wakefield, shows that flexible workspace operators now account for the largest share of take up of space in central London, some 18%. It has, says the agent, become a “vitally important component” of the area’s office market.

This year has started strongly with over 1.2 million sq ft of space in central London let to flexible workspace operators in the first half of 2019 involving 40 deals. The size for each letting in the first half averaged 30,227 sq ft and is generating some significant project workloads for fitting-out contractors.

If letting activity continues at the same rate for the rest of the year, the report says take-up could exceed 2 million sq ft for the third year running. By the end of the year, flexible workspace could account for 5.5% of the total office market.

WeWork itself is now the largest occupier of corporate space in London behind the British government and is a key client in the property sector. The flexible operator has recently acquired a huge space of 284,000 sq ft at 30 Churchill Place in Canary Wharf, where it is replacing the European Medicines Agency.

But other flexible space providers such as The Office Group (TOG), i2 Office, Spaces, LEO and Knotel are also generating significant new construction prospects.

Glenigan Construction Data shows that a £13.5 million fit-out was completed last month for The Office Group at 1 Canada Square in London in an eight month project across three levels where Parkeray was the fit-out contractor (Glenigan Project ID: 18408735).

The growth of the flexible office sector is also creating new construction work. Work is set to start later this month on an £18 million office building project for The Office Group at Black & White 2 in Hackney, involving some 4,505 sqm of space. ISG Construction is the main contractor on the contract which is set to run for 20 months (Glenigan Project ID: 10491853).

Major property clients of the construction industry are also increasingly operating their own coworking space. According to the Cushman & Wakefied report, nearly five per cent of Great Portland Estates’ portfolio - some 100,000 sq ft - is now flexible space and the group is appraising a further 130,000 sq ft of space. Meanwhile, Landsec has launched a flexible offering, Myo with a fit-out that can be customised and British Land’s Storey flexible office space product should be operating across 316,000 sq ft by the end of this year.

The sector is also growing in the regions. Flexible space operators acquired almost 800,000 sq ft of new space in the major regional markets in 2017 and 2018, up from 100,000 sq ft in 2016. The report says the trend is set to continue and it identifies Birmingham and Manchester as hotspots for flexible workspace hotspots. The Office Group, where Blackstone has a majority stake, has recently acquired sites in Bristol and Leeds.