More than a billion pounds worth of construction work in Leeds is either on site or due to start this year.

Residential work is driving this boom according to Glenigan’s construction industry analysis. 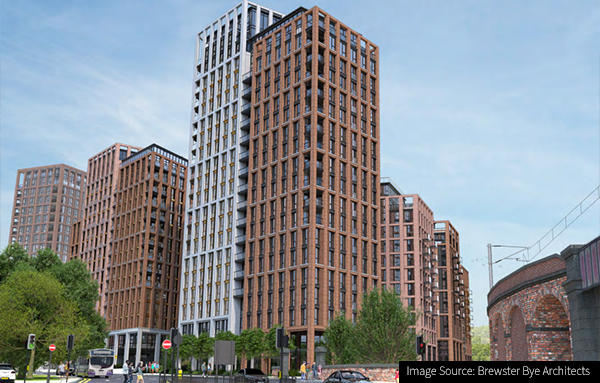 The client on this scheme, developer Rushbond, also recently won planning permission for a high-rise scheme set to provide 1,000 homes on the site of a former Goods’ Yard (Project ID: 19033857). Rushbond Group is working with residential developer Gold & Amber on the Leeds City Village. With work expected set to start this summer, a contractor will need to be appointed soon.

Other projects coming up include developer Downing’s £100 million proposals for 1,200 student rooms in a 38-storey tower near Leeds Arena (Project ID: 21396637). A planning application has been lodged and work is due to start later this year.

Deloitte’s latest Crane Survey for Leeds city centre found the highest level of residential building since its records began in 2007 with 2,267 new homes under construction. 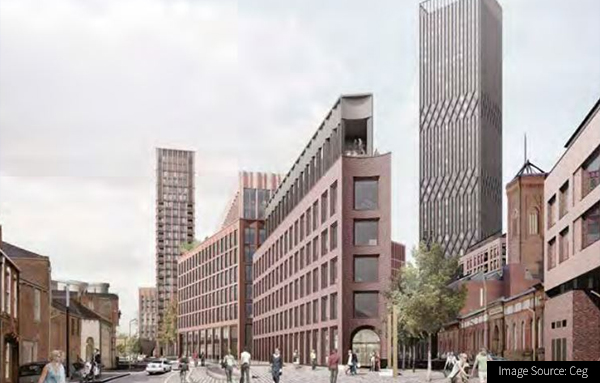 Build-to-rent (BTR) is having an impact. Legal & General (L&G) is investing in the £57 million Tower Works development being developed by ASK and Richardson (Project ID: 14145578).

Dan Batterton, senior fund manager for BTR at LG investment management, said: “As Covid-19 drives secular changes and a fundamental rethink of many areas of the real estate sector, BTR has remained largely unaffected. It has delivered stable income returns throughout the crisis, with occupancy, rent collection and demand remaining high.”

Up for grabs in Leeds

Outside of the residential sector, contracts are due to be awarded on other schemes according to Glenigan’s construction market research.

Work coming out of Leeds is boosting the wider Yorkshire region and order books at the county’s top contractors.

In the 12 months to Q1 2022, VolkerWessels has been Yorkshire’s most successful contractor according to Glenigan’s data. The group’s order book includes a £10.6 million rail signalling scheme east of Leeds (Project ID: 21243488).

GMI is second with a £134 million order book, including the £29 million Alumno Student Accommodation scheme comprising 411 bedrooms and a hub at Whitelock Street (Project ID: 20236822).

With hundreds of millions of pounds-worth of work also in the pipeline in Leeds, the city should continue to provide rich pickings for the industry.

Glenigan customers can see details of all construction work in Leeds if part of your subscription.

Not a Glenigan customer, but would like to see detailed sales leads for construction work in Leeds? Request a free demo of Glenigan today so we can show the size of the opportunity for your business.