Confidence is returning to the hotel and leisure construction sector following the pandemic-induced declines experienced over the past 18 months. Hotel and leisure construction work starting on-site during the three months to August increased by 156% compared to 2020 figures, with the total value of work worth £1,318 million. While the performance was still 31% behind 2019 figures, the uptick will be welcome news for firms working within the sector. Major projects (over £100 million in value) were largely responsible for the uptick with £505 million of work starting on-site during the three-month period.

Projects with a value under £100 million experienced a very strong performance during the period, with contract awards rising by 93% compared to 2020 figures, and by 21% compared to the previous three-month period to total £1,192 million. Projects with a total value of over £100 million contributed £115 million to the sector, beating the performance of both 2020 and 2019 figures.

Detailed planning approvals in the sector took a 45% knock compared to the same period in 2020 and dropped by a quarter compared to 2019 figures. Total sector approvals contributed £983 million to the sector, with projects under £100 million taking the lions share with £873 million worth of approvals, which was a fifth lower than the previous three-month period.

Sports facilities took the bulk of hotel and leisure construction starting on site during the three months to August period with all projects adding a total of £603 million to the sector, accounting for 46% of the sectors’ project-starts. The majority of this figure was due to work staring on-site on the new £505 million stadium for Everton Football Club (Project ID: 16334343) at Bramley-Moore Dock in Liverpool. The project, which is part of the Liverpool Waters Masterlead (Project ID: 07103751) is expected to create 8,136 construction jobs and will take three years to complete with Laing O’Rourke at the helm as main contractor. 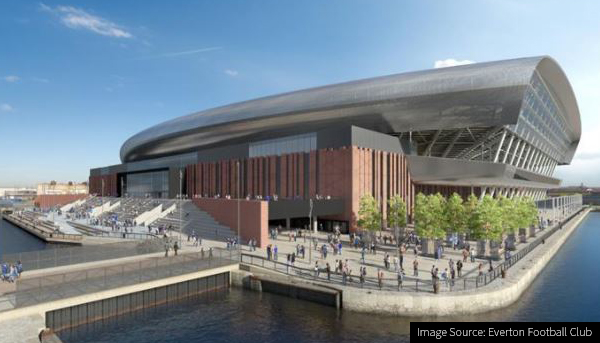 Indoor leisure facilities accounted for 9% of all new work starting during the period with all projects adding £114 million to the overall sector – a 106% uptick compared to 2020 and 22% up on 2019 figures.

Cinema and theatre work starting on-site fell 37% compared with 2020 and 83% against the same period in 2019 adding just £24 million to the sector.

Café, restaurant, and fast-food outlet project-starts experienced the poorest performing period, dropping 71% against 2020 and 76% against 2019, adding only £14 million to the overall sector.

The North West experienced the strongest performance out of all the regions in terms of project-starts, with all projects starting on-site contributing £664 million to the region, largely due to the previously mentioned Everton Football Club stadium. The project helped the region to experience upticks in value terms of 588% against the same period in 2020 and 470% against 2019 performance.

Projects starting in London improved by 150% when compared to the same period in 2020, contributing £342 million to the sector. Performance was boosted by the commencement of work on the £230 million Marylebone Lane Hotel (Project ID: 17193212) which will deliver a new 199-bedroom luxury lifestyle hotel on the site of the former 1970’s NCP car park on Welbeck Street. The hotel, which has been designed to achieve a BREEAM Excellent rating, will also feature multiple restaurants, a rooftop swimming pool, and a subterranean event space. 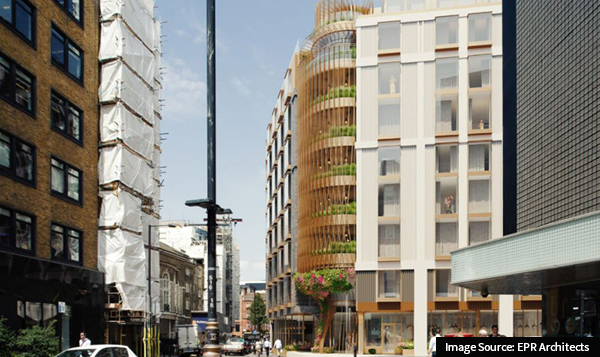 All other regions, with the exception of Yorkshire & the Humber, accounted for much smaller shares of project-starts for the sector.

Glenigan customers can view all sector and regional performance analyses in your Insight pages.

Not a Glenigan customer but would like to leverage sector and regional performance analysis to aid your company’s strategy? Download the full 36 page Glenigan Construction Review here.

Developers in London press on with private residential schemes

Housebuilders in strong position to grow in wake of pandemic